It’s just what I see ….. another slice of my world, this past week.

We thought by now there would be all this lovely greenery around the city.  Sidewalks installed. Particularly in anticipation of the Asian Games of 2006, we understood  the area around the main venue for where the Games would take place would all be completed.  Finished.  Which was good news because it’s down the street from where we live.

Well, those games were 4 years ago and it’s still a maze of road construction any which way you drive from our house.  And it’s only going to get worse.  We’re half a block from some major construction that’s about to begin on the new highway and interchange that leads from Qatar to Saudi.  So what you see below is just normal, everyday, every YEAR road construction that has been going on since we moved here 11 years ago.

It’s part of the journey that I take two or three times each day taking the kids to school and their activities.

I would say the majority of the city streets still look this way. But, at least I’m not one of the construction workers out laboring in the sun and heat all day trying to find a bit of shade and a little rest, like those below.

I also have an air-conditioned car to use as transport, not like this fellow’s wheels.

This is another typical sight you see while travelling along the roadways. Each day, vehicle after vehicle, left on the roads from the multitudes of accidents that take place each and every day on the streets of  Doha.  I’m not sure of the statistics these days, but it used to be years ago that we had the highest number of traffic accidents per capita of almost anywhere in the world.  The accidents do  not generally all have fatalities as in years past, as the drivers have slowed down somewhat.  Now, usually, they’re just fender-benders from carelessness, people on mobile phones instead of paying attention to their driving.

Parking standards haven’t changed much over the years either.  People still park pretty much wherever they like regardless of rules, laws or signage.  This is what the area designated for emergency vehicles looked like this morning as we visited our medical clinic.  I wouldn’t want to be the ambulance driver trying to find a place to park in a hurry!

On the flip-side, there have been positive changes.  Youngest son just celebrated his 16th birthday.  Two gifts he wanted were electronics (what else do 16 year old boys want?) and most companies won’t ship to the Middle East.  BUT….by signing up for Aramex Ship & Shop services, we’re provided with both a US and a UK shipping address that allows us to order on-line from either of those locations and then we just pay  shipping fees to get our purchases sent here.  His gifts, arrived only 3 or 4 days after his birthday…..so this IS progress!

I always try to pick a quiet day/time to collect packages, otherwise it is the usual chaotic “bump and grind to the front of the line” action that tends to go on here. Let me just say I’ve learned to keep my elbows up and out over the years and speak my mind towards those trying to cut in line.

I thought Aramex might install railings to be used to form lines, or maybe one those automatic numbering systems when they moved into these new premises a couple of years ago.  But no. I guess they prefer to deal with aggravated, frustrated customers who’ve finally made it up to the front of the line, rather than utilise anything so sensical.  Maybe one day. Regardless, I was the only one in their offices on this occasion!

Because our twins’ birthdays were last weekend and I was also busy with a yoga workshop, we celebrated Canadian Thanksgiving almost a week late. Regardless, I was truly thankful that pumpkin pie filling landed on the shelves ‘the day of’ so I didn’t have to cook pumpkin from scratch like I did last year.  I must admit it was one of my better pies this year…. With only 3 of the 5 of us who like pumpkin pie in our family I think that worked out to …. 2 pies,……4 pieces each….YUM! 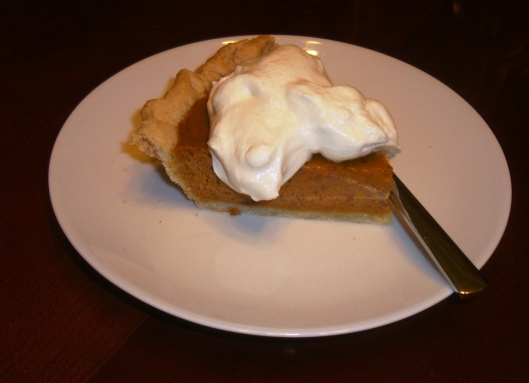 If nothing else in Qatar, along with all the daily frustrations there is always something funny along the way if you look hard enough.  I was pleased to see the grocery store beginning to stock gluten-free products.  I guess they forgot to look at the way cookie is spelled, when making up their signs.  I’m sure whoever was doing the work is likely a second-language english speaker, so who am I to judge.  It made me laugh!