It’s just what I see …..  another slice of my world, this past week.

Al Fardan Towers, where my most recent job interview took place.  I was offered the job, but turned it down. 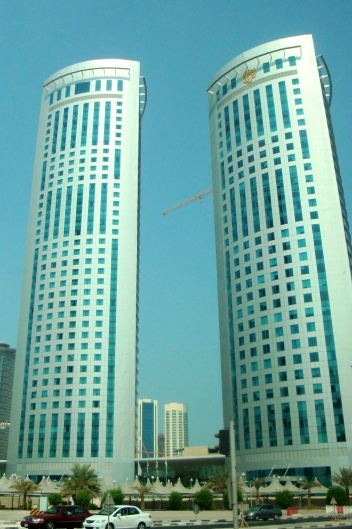 One tower is offices, one is apartments

My shortest employment ever, at the Qatar Financial Centre.  I quit during my probation period as I realized the job was NOT for me! 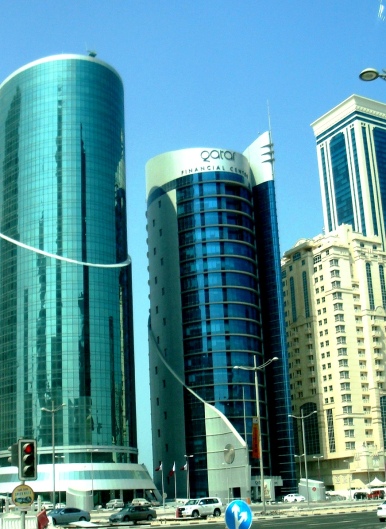 Worked at QFCRA for less than 3 months. Instinctively, knew it wasn't right for me on the first day!

I’m not sure if there’s many things better than receiving a new book order from Amazon. 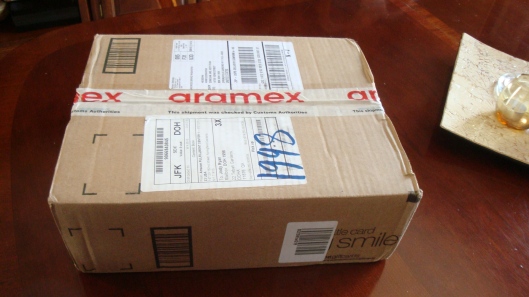 I tend to read mostly non-fiction but I’ve just started the first of these 3 books, The Girl With the Dragon Tatoo.  Capivating, it is!   Jonathan Franzen was recently on the cover of Time Magazine and was described by them as a “Great American Novelist”. His newest book is about to hit the shelves has just been released so I figured I’d read his last novel from 2001 to see if I might enjoy his books.  The article further describes Franzen as one who writes about the way we live and our culture so I’ll look forward to HisView on the functioning of our current society. 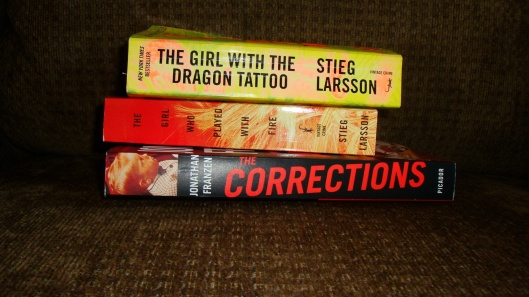 The Girl With the Dragon Tatoo, The Girl Who Played With Fire, Corrections

Our first TCBY chocolate frozen yoghurt treats after Ramadan finally ended. Showing great restraint, I did NOT add any of these toppings! 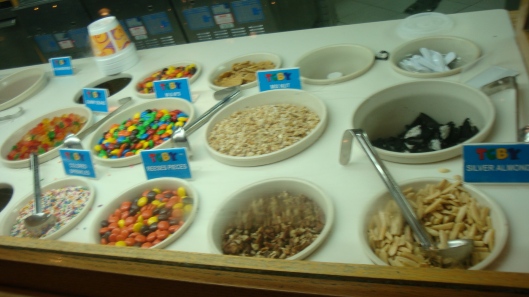 The gas BBQ I use almost every night to cook with is broken so I’m having to resort to other methods of cooking.  ‘Tis good, slow, comfort food though – beef bourguignon. 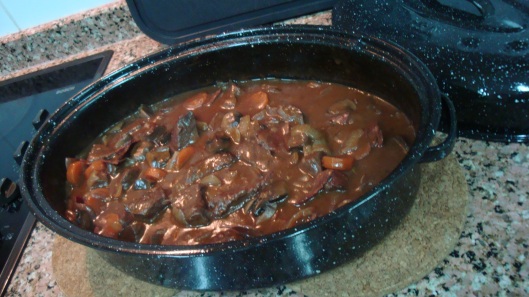 Not quite as good as it could be, as I have to use turkey instead of pork bacon! But still darn delicious!

I didn’t realize Mega Mart delivered groceries …until I saw a delivery guy pedalling his way over to Al Messeilah compound the other day. 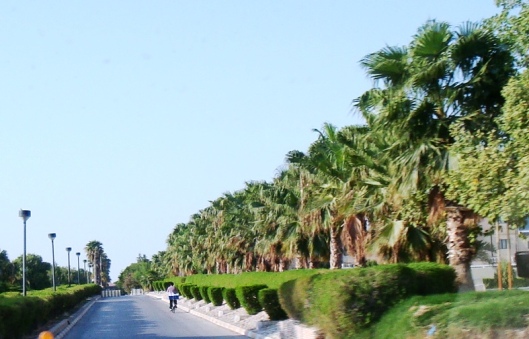 I guess when it's +43C using a bike is better than walking it over.

I was on the opposite side of this road passing by this old man beside the red car, when I noticed he was squatting beside his car door, taking a pee!!!!!!  By the time I was on my way back he had finished his business (and therefore being at a further distance, the picture is not great).  You’d think he could have just gone into the mall (Hyatt) and used the toilet as it’s only 200m away. I was not impressed. 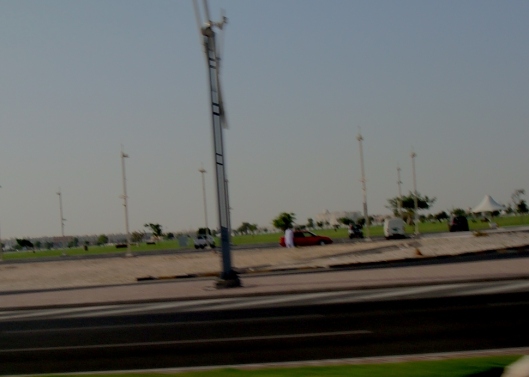 It's bad enough spitting on the roads all the time, but do they have to pee on them as well?

Looking for something a little more pleasing to the eye, a sculpture at the entrance to Aspire Park. 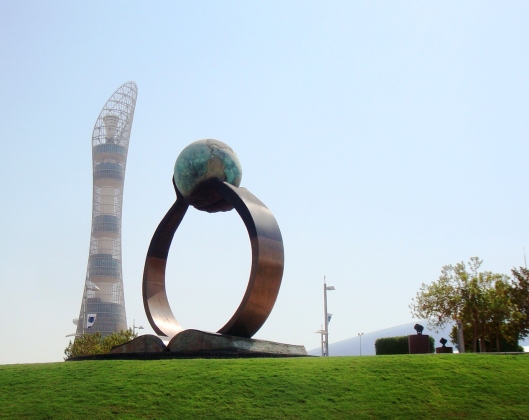 BIG football!  Aspetar hospital is in the background. 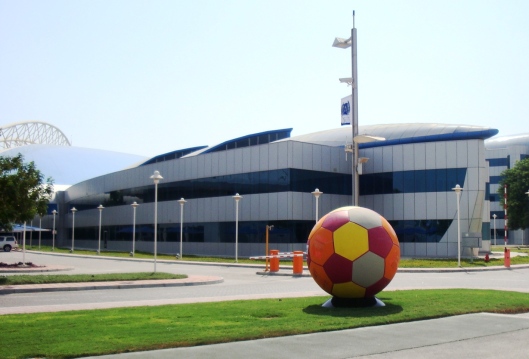 FIFA inspectors begin their evaluation of Qatar tomorrow, as the possible host-city for the 2022 World Cup!

A huge billboard just down from where we live, advertising Qatar’s bid to host the World Cup. 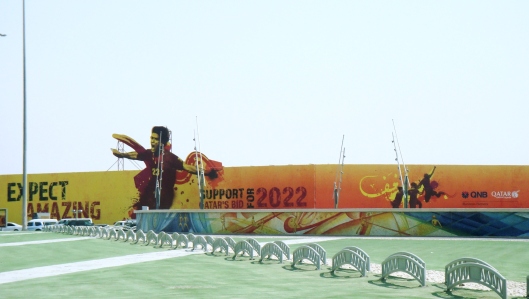 Reading glasses, which I’ve only just learned, are now available in Doha.  From our Optician, the only brand on offer was priced at $52 per pair.  Figuring I had spent enough there ordering new lenses for me ($250 only for lenses as I didn’t need new frames) and new glasses for oldest son ($508 frame and lenses) I was not paying that much for magnifiers.  The next day I spotted these in Jarir Bookstore and they’re only $5.65.  A bargain! 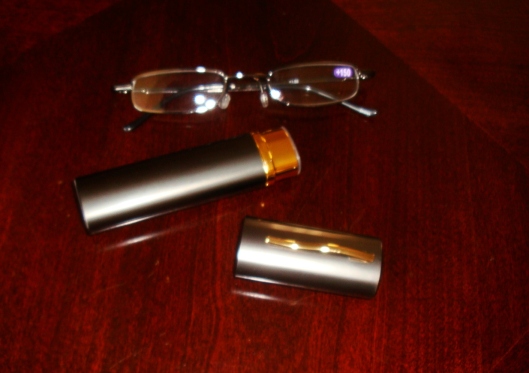 Need to get me a few of these!

After all my grumbling this week I must say we’re spoiled when it comes to shopping for school clothes. It took me about 5 minutes and $200 this morning and we’re done!  Our kids wear a uniform to school so it is quick and easy to buy them new clothes.  Even better, it is quick and easy in the mornings without teenagers having to make clothing decisions. Thank goodness!! 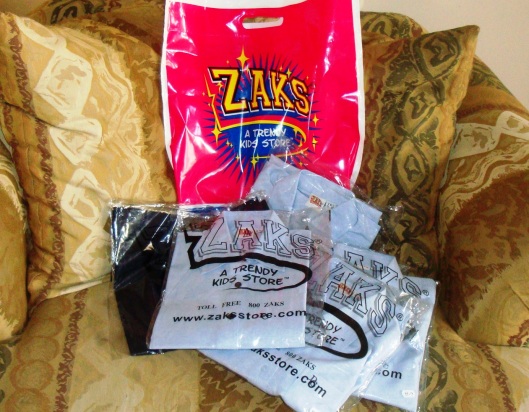 Uniforms bought. Now just to iron in name labels so they don't get mixed up with all the other blue clothing at school!

On that positive note, I’ll catch you next week!