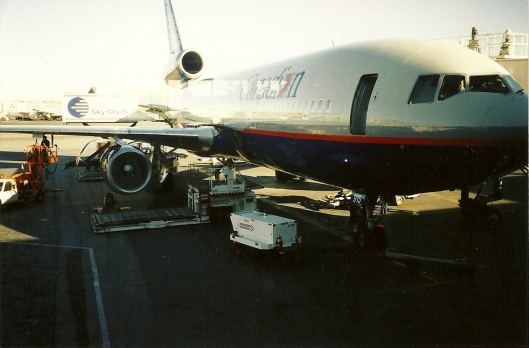 Boarding a plane in Calgary to come to Qatar with 3 young children little did I know what to expect or that I would still be here today, 11 years + 1 day, since the day we landed.

Oldest son was talking with his classmates and they all expressed how strange it was that we don’t own a house ‘back home’.  Most expats living here do.  At least one.  Some own several in different locations around the world.  No, this is our only home.

When dear husband and I decided to uproot our young family and go on this journey we were determined to make it work.  We didn’t leave with the attitude of going to ‘see what happens’.  We didn’t want it to seem like we were just setting up a temporary house.  This was to be our new home.

I recall most people not understanding even the least bit why we would do such a thing.  Others were quite open with their opinion of  how irresponsible we were being, taking our three young children to such a dangerous part of the world.

I had not travelled here prior to our move but dear husband did.  He was here for a short visit to check out the place and to be ‘checked-out’ by the company he was joining.  He provided many pictures, told me lots of stories, but mostly I went on trust.  (Dear husband is a safety guy, an emergency services guy, and I knew he would never put us in any situation that he considered to be the least bit dangerous.)

We looked upon it mostly as an adventure.  Still do.

Yes, we have found other perks along the way.  We don’t struggle to pay our bills as we once did early in our marriage.  We are not rich financially, by any means.  But in others, we are rich beyond belief.

Surprisingly, our parents have been some of our strongest supporters along the way.  I hope we can bring the same encouragement and understanding if and when our children decide to move places where we may not see them for perhaps years at a time.

The Middle East.  What I will remember most from here is the travelling we’ve done.  It is so central here and therefore provides close access to so many places. We’ve not only crossed off many ‘to visit’ places from our list, taken volumes of pictures, but it’s the memories of these journeys.  The places we’ve been with our kids.  We sit around the table for hours with them and play “where’s your favorite……?”

Yes, there have been somewhat extravagant, even luxurious holidays.  But there were also places… well, let’s just say not so luxurious.  I recall the hotel we stayed at in Paris, because I figured….why waste money on an expensive place. It was an experience to say the least!  Funny looking back at it now.  At the time it was anything but.

There were also the many sights and experiences along the way I will never forget.

The tin lean-two’s built all along the main road that winds it’s way down the southern part of Sri Lanka.  And then a few short months later thinking of how these homes (and their inhabitants) would all have been wiped out from the Tsunami.

Riding an elephant in Thailand, up into the hills.  In doing so, we passed by the local’s homes.  Dirt floors, many people gathered and crowded into each tin hut. All the while thinking how awful I felt as I was the well-to-do-tourist invading the privacy of their lives.

Getting quite sick in Thailand and wanting nothing more than to be ‘home’ in Qatar.

Snorkeling in the Great Barrier Reef.

The grandness of the pyramids in Egypt.

Walking along the cliffs in Normandy and imaging what it must have been like for all the young soliders as they first saw and then understood what was greeting them on the shores.  Not only the looming cliffs, but the fire power.

Stepping ever so cautiously, solemnly, into the gas chambers at Auschwitz.  Moving on and walking through the bunkhouses that were still standing.  The ‘wall of execution’.

The silence, as we neared ground zero in New York City.

Floating along the canals in Venice.

Sitting high upon some cliffs  in Cyprus and wondering what it must be like to hear the sound of an orchestra playing there. 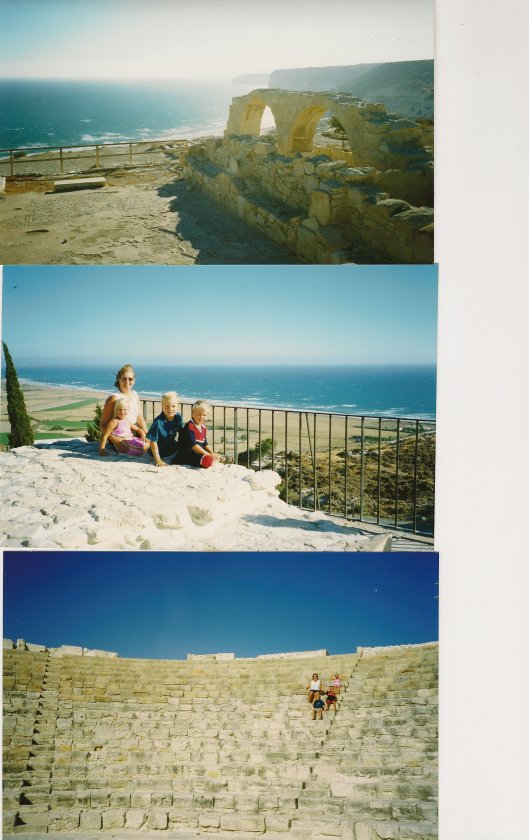 Ampitheatre and view from the Kourion Cliffs

Touching a part of the Berlin Wall.  The Brandenbourg Gate.

Climing to the top of the Eagles Nest in Germany;  Hitler’s private sanctuary.

The list goes on, and on, and on.  Never in a million years did I dream of such adventures.

Our family life may have been the same back in Canada as it has become here.  I can’t say for sure.  All I know is we spend a tremendous amount of time together.  Part of the reason is because the work and school day is shorter here.  Part of it is we have some household help here that we normally wouldn’t otherwise, which allows us to get on with other things.  Other choices we’ve made may have contributed, as well.  As we near the time when our kids will be ready to leave us, I’m thankful for all this precious time.

Yes, this is Qatar.  A land where nothing ever seems easy.  A land where every two steps forward with progress seem to just make room for other steps going the reverse. Perhaps life’s like that anywhere though.

Granted, the population’s doubled since we arrived.  I think it was about 750 thousand in 1999 and now there’s about 1.6 million living in Doha.  Though goods and services may be further along in their development, just by the number of people living here, the growth must be hugely difficult to manage.  Is it any wonder traffic is horrendous?  Try doubling the population in any city in 10 years and see if it could keep up!

So how come we’ve been here 11 years?  We’ve always measured or looked at our life here as being one of those old fashioned weigh scales.  When the scale tips too far to the Trials & Tribulations side from the Travel & Family Time side, it will be time to leave.  It wobbles unsteadily most days but so far it’s remained relatively in balance.

For sure, there have been other benefits.  Meeting people from all over the world.  Learning of so many different cultures.  For me, working in jobs that offered me a great deal of learning.  Making wonderful, life-long friends.  Learning to let go of ones who moved away and the relationship ended with that physical distance.  More fully appreciating family and friends back in Canada.  Understanding a little of the value of the Canadian Charter of Rights and Freedoms, when you live without it.

No matter if we’re here another day, a week, a year, or 5 years this Adventure is one I will cherish always.  So, I’m thankful for these 11 years.  For both the fantastic and exasperating days, as I gear up for what will surely be another challenging day tomorrow!